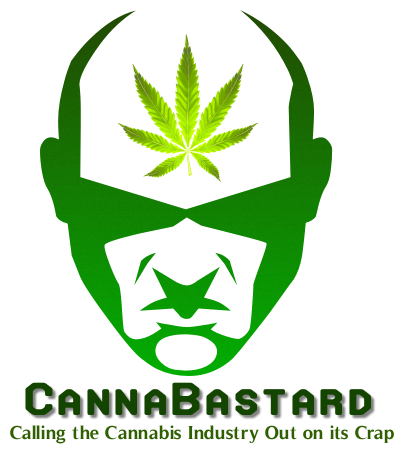 The cannabis industry is growing so explosively that it’s virtually out of control.  Some of you cowboys think this is the Wild, Wild West, and you need to be knocked down from your high horses before you ruin what the rest of us have risked everything for.  From deliberately selling moldy weed to fraudulent cannabis competition awards to cannabis cancer cure scams, there’s no shortage of douchebaggery happening in our industry.  I’m sick of it, and I know a lot of other professionals that are too.  It’s time to go on the offensive, and that’s what this blog is about.

Who the fuck am I to call anyone out on anything, you ask?

I’ve been working with marijuana for nearly 27 years.  I started as a homeless waif on the frozen streets of Maine selling nickel and dime bags back before eighths and quarters were part of the vernacular.  I was kicked out of institutions for troubled youth for my involvement with weed and other drugs, and when I wasn’t institutionalized, I sold food stamps for 75 cents on the dollar and used the money to fund small-time growing and trafficking operations in New England.  In the 90’s I was a retail level dealer in Augusta getting weed “on front” and then selling it to the street and welfare crowds.  I ran a syndicate in the State Capital area where our members shoplifted at stores up and down the coastline, raising money to buy and resell marijuana…among other things.

As a teen, I once got caught selling an ounce of weed in a Happy Meal bag out the drive-thru window at McDonald’s.  I smoked marijuana and arranged deals while living in a halfway house for drug rehabilitation when I was 15 before it all came crashing down on me and I was remanded to the Maine Youth Correctional facility – jail for minors.  I was incarcerated in this correctional facility 6 times between the ages of 13 and 18, and I always served out my sentence in Unit 3, which was specifically for kids with drug and alcohol problems.  My drug of choice was weed.

When I was 21 I was busted for cultivation and trafficking and served time in jail in New Mexico after being extradited from a nasty old Vermont jailhouse. Unbelievably, I got busted with more weed while on the extradition journey to report to court in Rio Rancho.

I sold pounds of weed each week from my cockroach-infested apartment in Albuquerque while cramming hundreds of grams of cocaine up my nose.  I later beat a 10-year felony sentence for cultivation and trafficking.

I once was hired for a job at NASA in Texas, but was fired when cannabis was found in my system.  Shortly after this I started purchasing Mexican cannabis and selling it back across the border in the US; I had a custom truck built to transport large amounts to New England, where I then sold the dirt weed for $20 an eighth.

I’ve grown indoors in closets, crawl spaces, basements, attics, bedrooms, custom hidden staircases and behind false doors.  I’ve grown with shitty 60W lightbulbs and I’ve grown with 1,000W HPS.  I’ve grown outdoors in 5 gallon buckets hoisted 40’ up in the trees, on the edges of fields, in marshland, on terraces and porches, in buckets and directly in the ground.  I’ve grown plants that were as tall as small trees, and Bonsai plants that were not even 24” at mature harvest.  I’ve wired grow operations large and small and designed various types of grows.

I’ve flown with cannabis, shipped it, received it, transported it via ship, small craft, bicycle and on foot.  I’ve had encounters with the law in 5 US States over marijuana.

I’ve brokered deals across state and international lines and arranged transport and storage for hundreds of tons of cannabis in the last 2 decades.  I’ve made and worked with extracts and concentrates of all types.  I’ve been written about and covered by a wide range of media including High Times, Marijuana.com, BusinessWeek, New York Times, Vice, Canal+ and many others.

I’ve helped people suffering from cancer make cannabis oils and tinctures and showed them how to properly use these products to improve their quality of life.  I’ve worked with and taken counsel from some of the top attorneys in the industry and have paid tens of thousands of dollars for legal research and due diligence.

I’m a certified medical user for PTSD in my home State of Maine.

I’ve written hundreds of articles about cannabis and hemp and have developed numerous marijuana websites.   I have lived in Amsterdam and Barcelona; the two cannabis capitals of the world, and I have traveled to and worked in Colorado on various marijuana projects.  My entire life, to varying degrees, has always been centered around cannabis.

If you don’t consider all this experience enough for me to speak authoritatively about problems in the cannabis industry, then go ahead and fuck off, or stick around and troll, I don’t care either way.

Be aware that this blog is a departure from the usual professional me.  I figure that if so many people are acting like dipshits, then there’s no reason for me to be gentlemanly when I call out crap for what it is.  If you can’t handle words like fuck, shit, asshole and maybe even – shocker! – words like cock and bitch, then you shouldn’t be here.  Save your indignation for church.  But if you’ve got something useful to add to the conversation, even if it’s to tell me I’m being an asshole, then please make use of the comments section.

Anyone who wants to catch me without my Fuck You hat on knows where to find me when I’m not Calling the Cannabis Industry Out on its Crap.

10 thoughts on “Who am I to Call Anyone Out on Anything?”