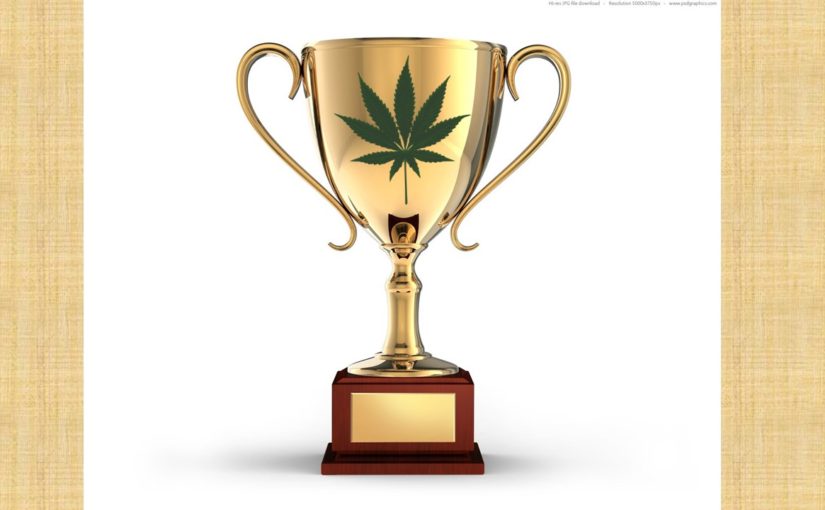 Imagine sampling 45 different strains of marijuana in just a few hours. Most people – even veteran cannabis users – won’t be able to do much critical thinking after the first 7-8 strains. 20 strains in and even the toughest stoner will be in a coma, incapable of evaluating anything but the back of their eyelids.

But somehow, judges at cannabis cups and competitions all around the world want you to believe they are doing precisely this, all while formulating fair and even-handed decisions. It’s time to call bullshit on this nonsense, because no objective person in their right mind thinks that it’s reasonable to sample so much weed in such a short time and know what the fuck they’re talking about.

As a cannabis reviewer, I can’t imagine attempting to evaluate more than 2 strains per day. That is, of course, unless you take a page from the play book of “Slick Willy,” former U.S. President Bill Clinton, who famously claimed that he smoked marijuana in college, but didn’t inhale. Only by not inhaling cannabis could you possibly evaluate so many different samples.

Think about it – during wine tastings and competitions, beer competitions, etc., the judges don’t swallow the entries they sample. They swish the alcohol around and then spit that shit out, otherwise they’d be incapable of differentiating between piss or Pinot.

But that won’t work when it comes to judging weed, will it?

After all, you can’t fairly evaluate cannabis without consuming it. Some of the most important aspects of cannabis include things that you can’t authenticate without direct ingestion or consumption. The high or “stone” and related psychotropic effects are critical – this is what most people are seeking when they use cannabis. But the type of high, the specific physical and mental effects of the high, the duration of the high and more cannot be evaluated without, well, getting high.

In other words, you can’t spit the weed out.

Therefore, you’re being a fucking twit if you think you can accurately and comprehensively judge more than just a couple of strains in a day with the “high” as part of the evaluation. 2 strains per day is reasonable for a professional. But that’s one strain in the morning, then a healthy lunch and some exercise to “flush” your system before sampling the second strain. A window of 4-6 hours per strain should be maintained to ensure that all residual effects have dissipated and don’t taint the following strain sample’s effects.

Even still, that’s rushed in my opinion. For my reviews, I work with a single strain for one week, sampling it at different times of day, before eating, after eating, before and after exercise, sex, etc. I get to know the strain like I’m courting a new girlfriend. I want to know what this girl is like first thing in the morning just as much as I want to know what she’s like in the middle of the day. Cannabis is subjective and its effects are dependent on so many variables that it’s vital to explore as many of those variables as possible to form a just evaluation.

Judges at many cannabis competitions supposedly sample dozens of strains in a day or two and in some cases within just a few hours. But the cold truth of the matter is that most of these judges directly consume or ingest just 25-30% or less of the entries they are tasked with evaluating. This means that many companies, organizations, collectives, growers and geneticists who enter their products in cannabis competitions will never have their entry properly evaluated by the judges.

So how exactly are cannabis competitions judged?

The general way that judging is carried out at many competitions is that there is an immediate and seemingly straightforward process of elimination. Judges first simply eliminate the most visually unappealing entries, without consuming the sample to judge potency, duration, terpene/flavor/aroma profile. They then move on to another round of eliminations based on multiple variables that are undoubtedly tainted with individual preference and include touch/texture, behavior of the burn, quality of ash and finally, effects of the high for those samples that make the later cuts.

But here already we have a serious problem. I’ve had lots of weed that looked and even smelled amazing but was underwhelming when smoked; the taste was rubbish or the high was too weak, etc. I’ve also had plenty of weed that looked lackluster at first but then blew me away when I smoked it.

As an example, consider this photograph of Shishkaberry Haze X White Widow buds grown in the Spanish sun. This weed looked like a dirty butthole but was some of the best marijuana I have ever smoked. The only reason I bought it is because I wanted to find out what 4 Euro per gram cannabis was like, and I was happily surprised. This weed was so good I smoked it all in a day and then went back to buy all the club had the next day, only to find out that others had already purchased most of the available stock. I got what was left and was thankful for it.

The point is that if this weed had been entered in the average cannabis competition, it would most likely be eliminated in the first round based on appearance alone. This would be a travesty of cannabis justice, because if the strain was properly sampled over time and with care, it would almost certainly become a last round finisher and perhaps even a winner.

As one example of a competition that rushes to judgement, at the 2016 Dabadoo cannabis extracts competition in Barcelona, Spain, judges were provided with entry samples at the door, with most arriving at around 19:00. Judges scored the samples and scores were tallied at midnight, so that gave the average judge about 5 hours to evaluate the sample packs. Overall there were 37 official entries, but I sat with several judges and we counted approximately 45 samples in their packets. I remember seeing all those samples, glancing at my watch and thinking;

I don’t give a shit what elimination system you use; it is impossible to impartially and completely judge that many samples in such a short time. It also doesn’t make sense to have judges whose sole qualifications were that they bought a judge’s ticket and packet. Unfortunately, publicly sourcing judges is something even High Times has been criticized for.

Nevertheless, the big dogs at the High Times Cannabis Cup have developed the best system for judging so far, but even their system is far from perfect. At the High Times SoCal Medical Cannabis Cup in 2016, there were 34 entries for sativa flower. According to entry and judging documentation issued by High Times, there are 5 to 9 judges per category. This means that a handful of people were provided with 34 samples and given about 8 days to evaluate them at a rate of 4 per day most days and then 2 days with 5 strains per day. That’s a heavy load, but it’s vastly better than judging at lesser cannabis cups.

To their credit, HT also blends the judge’s scores with lab results from 2 or more independent labs, which is more than can be said for other competitions.

Although High Times has done a much better job at creating judging rules that make more sense than most other cannabis competitions, it’s still hard to imagine how anyone could suck their way through 4-5 strains in a day and have an opinion of the entries that is worth more than that of a teenager in his mom’s basement writing a strain review on Leafly.

I’m not going to sit here and bitch without offering a solution, and I encourage you to add your thoughts and solutions in the comments section below. In my professional and personal opinion, the solution is to provide judges with the samples much earlier and require them to review far fewer entries. High Times provides their judges with sample packets more than a week beforehand, but even this industry-generous timing forces judges to evaluate as many as 5 samples per day, which I argue cannot be done objectively. The best judging platform should be something like this:

Assuming organizers and judges properly store the entries, the above timeline shouldn’t be a problem. 2 Strains per day is realistic. 5 is not. 37 per night is spectacularly fucked up.

So far this article has only covered the fact that the actual method of judging cannabis during competition is amateur at best and outright stupid at worst. Add to this the sad reality that some competitions have been repeatedly accused of “stacking the deck” and fraudulently issuing awards to their buddies and cohorts in the industry, and it’s easy to see why I judge cannabis competition judging. But that’s a new asshole that I’ll tear in a future post when I continue calling the cannabis industry out on its crap.

Got something to say about this? Do it in the comments; I guarantee a response.

7 thoughts on “Why I Judge Cannabis Competition Judging”